I rarely get involved in discussions I see on Facebook, other than liking a post or signing a petition. Unfortunately, what I saw today had me acting differently.

A friend up in Philadelphia saw an article that was more than two years old and she wasn’t happy. In fact, she linked to it and simply wrote she was “outraged” that Israel injected some Ethiopian immigrants with a birth control drug. I totally get the outrage. It’s very bad.

But it wasn’t the whole story. Bringing Ethiopian Jews to Israel (or trying to) has been going on for many decades, even before famine and disease in the 1980’s. I don’t know how or why my friend found the old story this morning, but a friend of hers commented that she shouldn’t be outraged because Israel has done even worse! And this friend apparently works for the NBC TV station in Philadelphia! (I figured that out because we have 23 mutual friends, although that number is probably dropping as you read.)

This is when I got offended, and it wasn’t over the person’s grammar! (Click any images in this blog to enlarge.)

This is the story. It involved about 30 women and lasted for about 3 months. It ended because Israelis were furious.

I don’t blame Atlanta Blackstar for jumping in and publishing the story at the time it was written. I can’t even be disappointed if they rushed to put out the worst of it. That’s what news seems to be about these days. Hopefully they updated the story as more information came out. That would be the responsible thing to do.

However, people looking at an article that’s 25 months old can and should look for additional sources to put the story into perspective. That would be the responsible and intelligent thing to do, especially before sharing the article with others! Like taking down what you posted on Facebook when it turns out to be wrong, so you don’t mislead others.

(And for the knowledgeable people here, our Facebook “discussion” didn’t get into the Jewish vs. non-Jewish Africans, and I won’t here, either.)

The comments from Atlanta Blackstar’s readers under its story is also telling. Apparently, they’re very quick to judge.

Israel has a lot of problems. Anybody researching the plight of African migrants there is going to get a back-and-forth from the government, with no real answers. That’s its prerogative. But the government did not send them all back. Perhaps Europe should let them in. Europe has let in Muslim Arabs for quite awhile, and look what has happened since. Perhaps these Ethiopian migrants should have been let into Europe instead of Israel.

Look at the countries they passed through to get to where they are. Did they consider stopping along the way? Of course not! Would they have been allowed to stay in those places? Who knows? Did Israel do anything to cause the problem? Certainly not in their African homelands. All the troubles back in Africa are to blame. What are people around the world doing to make life better at home, other than complaining about Israel to a Web site thousands of miles away? Simply telling them to stay put, as my friend’s friend said, seems like a copout of an answer. (And I understand his need to find someone to blame. Jews have been an easy target for thousands of years.)

The eagerness of some people to jump to attack Israel reeks of anti-Semitism, and any comparison to the Holocaust is sickening. Jews in 1930’s and 1940’s Europe were being discriminated against, taken away, and murdered, and would have gone anywhere as an alternative. They had no choice. The world was silent. Nobody would take them. At least these migrants have a choice, even if it’s far from perfect. How dare people thousands of miles away disagree with it without offering an alternative!

Israel can’t be everything to everybody in the world. No country could accept that challenge. There are problems everywhere. This is not the world’s foremost problem that antagonists thousands of miles away should inject themselves into. The same folks at the United Nations accuse Israel of all the world’s problems, yet ignore heinous acts everywhere else.

For example, in just the past few days:
— jihadists in Libya posting a video showing the beheadings of 21 Egyptian Christians
— a deadly attack at a café and synagogue in Denmark
— hundreds of desecrated Jewish graves in France
— all the homelessness and lack of adequate healthcare in our own country.

I suggest my friend’s friend fight for a fair and just immigration policy in our own country. He’d have more influence over here than in any country thousands of miles away. He should get to work right away.

I’ve tried to do my part. In that Facebook “discussion,” I didn’t mention how much money I’ve given to The North American Conference on Ethiopian Jewry (NACOEJ) over the years to get Ethiopian Jews out. Or how my brother at his bar mitzvah and sister at her bat mitzvah “twinned” with Ethiopian Jews to get their stories out. Or how this past summer, I visited with Physicians for Human Rights in Tel Aviv and saw how the group gives medical care and other help to refugees. My group also donated food to non-Jewish African immigrants living in a park near Tel Aviv’s old Central Bus Terminal.

The world is often an awful place but this isn’t the time or place to have a kneejerk reaction, or try to cause somebody else to hate.

In the words of Rodney King, can’t we all just get along?

This site uses Akismet to reduce spam. Learn how your comment data is processed. 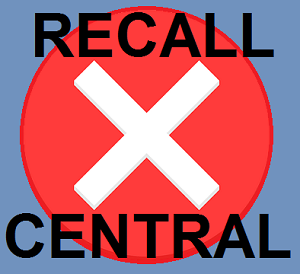 It’s all worth a regular read!

The ten latest: The Philly Files

6 tips for adding more seafood to your family’s menu, and why

Time to learn to make something easier: Training your cat!

Book this: How to foster a love of literacy in your children

Roaming recipes: Welcome the world to your kitchen

Been busy! Add your comments to my nearly-daily updates!

Click for details on any advisories, watches and warnings.

Most Popular Categories Here. Look below for complete list.

Follow CohenConnect.com, Honest, accurate & outspoken: Lenny's thoughts on this world of ours on WordPress.com

Get CohenConnect on RSS feeds

You may have missed…

You may have missed…

School for Casey and a snow day for Frisky… 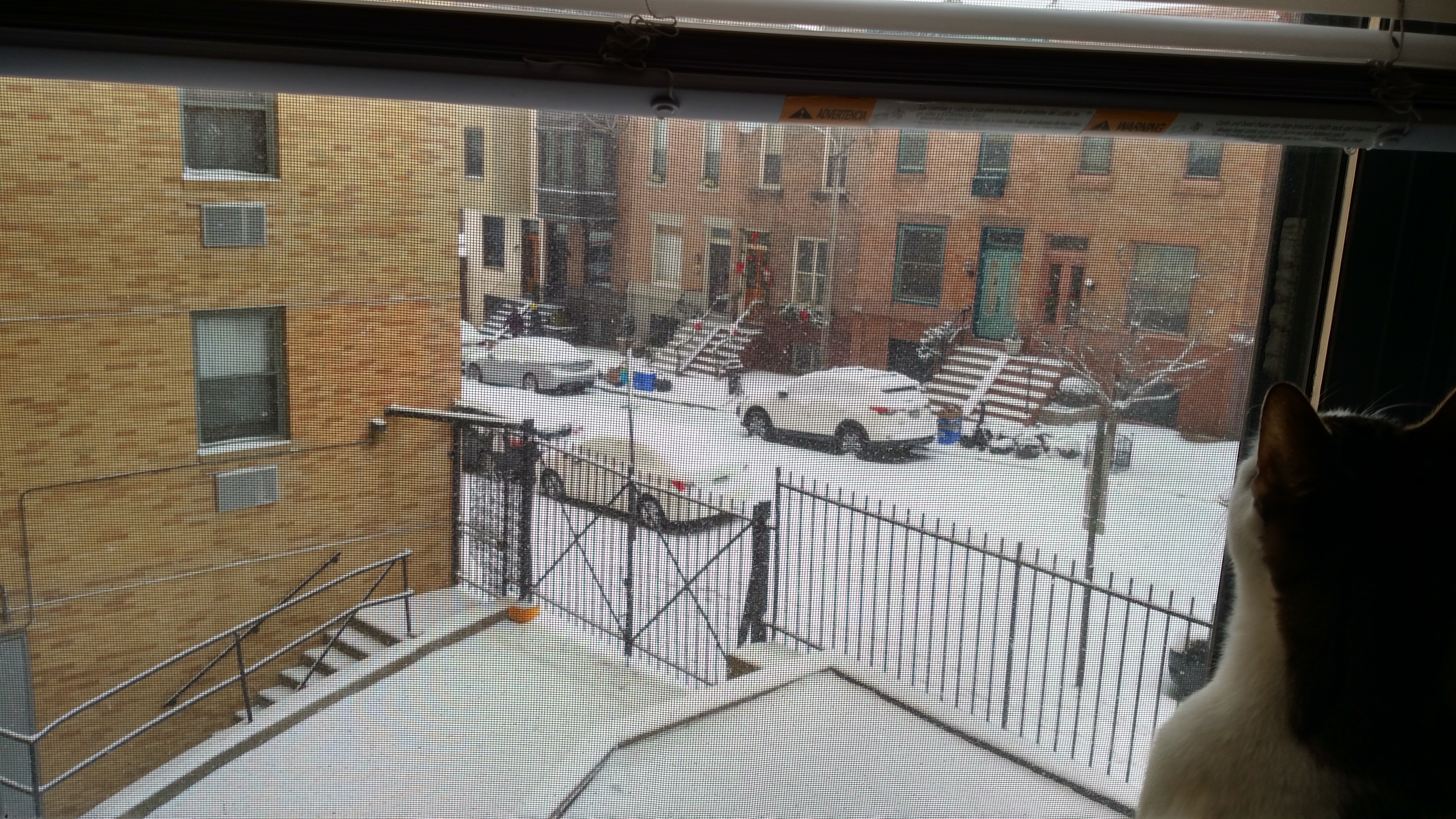 Jadeveon Clowney not fined for hit on #Eagles' #CarsonWentz. #NFL https://thephillyfiles.com/sports-schedules/philadelphia-eagles/
📆Calendar catch you off guard?😲 Colder & counting down December🎁🎉 www.ThePhillyFiles.com
NEW TONIGHT on ThePhillyFiles.com:
DID YOU KNOW IT’S NOT AGAINST THE #LAW for cops in #Pennsylvania to have #sex with someone in their custody? What’s being done that could change things: https://wp.me/pb5TSh-Xk
MORE REASON THAN EVER to suggest your friends follow @FilesPhilly and get weekly emails from ThePhillyFiles.com, starting shortly. https://mailchi.mp/5272b7eb3555/thephillyfiles
Lots to look at over the #weekend, starting with this guide for subscribers: https://mailchi.mp/1add4d405683/lots-new-at-thephillyfilescom
Another new section on www.ThePhillyFiles.com:  #RECALL CENTRAL! Potentially life-saving #information from four #government agencies and departments, all in one place! https://wp.me/Pb5TSh-LU
NEW SECTION! Enjoying #CollegeFootball? How about a sneak peek at some local college #basketball? The #season is less than a month away! #Big5 and more! www.thephillyfiles.com/sports-schedules/college-basketball/
#CollegeFootball update: Temple beat Memphis, and Penn beat Sacred Heart. Penn State plays Iowa at the bottom of the hour. www.thephillyfiles.com/sports-schedules/college-football/
THIS COULD BE THE BIGGEST WEEKEND in #Philadelphia in quite a while! There’s plenty to do from now through Monday, over #ColumbusDay weekend. #activities Get days, times and links. https://wp.me/pb5TSh-Jx
LAST DAY SUNDAY! Important information on #free dog and cat adoptions! @ACCTPhilly will get to regroup, but you and your new best friend will be the really big winners! https://wp.me/pb5TSh-Im #ACCTtotheFuture #DoBetterPhilly @cityofphiladelphia
VIDEO: Indecent exposure on #Johnson Street. #Police are still looking for their suspect. And, of course, of all the #places this crime could’ve happened. https://wp.me/pb5TSh-Hz
WANTED MAN seen on #video approaching a woman and grabbing her from behind. She tried to get away and luckily, a passerby helped #free her from the suspect’s arms! @PhillyPolice released several of the man’s attempts on #women. They all took place within 90 minutes! Clips here: https://wp.me/pb5TSh-Gr
WANTED: See the suspects on #video not just holding the #money they’re accused of stealing from a bar. @PhillyPolice say they took the whole #CashRegister drawer. https://wp.me/pb5TSh-Gg
ARE THESE YOUR BOYS? Hard-to-believe VIDEO of #kids having a hard time breaking into this #Comcast #Xfinity store. And watch what they did when they got inside. #Police are asking for help ID'ing these suspects, so they get taught a *really hard* lesson! https://wp.me/pb5TSh-Eu
ThePhillyFiles.com is two months old today! What does a website give its faithful web subscribers, #Twitter followers,#Facebook and #Instagram likers, readers, etc.? How about arrows on each story to help you navigate better?! You're welcome, and a sincere thank you for your support!
Update: Two #Philadelphia schools are delaying opening. Reminder for other families: Get a #great start, tomorrow! 🏫 Be in class before the first bell on the #FirstDayOfSchool, and good #luck! https://wp.me/pb5TSh-x9
To all of our faithful subscribers, followers, likers, readers, etc… From ThePhillyFiles.com…
Philly, We’ve made it into #HurricaneDorian’s tropical storm-force wind speed probabilities. See how close to #Florida this #Category5 seems headed after it devastates the NW Bahamas, through tomorrow. Plus, get links for everywhere from Key West to Virginia. https://wp.me/pb5TSh-z2
THESE PEOPLE WERE MURDERED here in #Philadelphia. Violence has become way too common and this new #website PhillyUnsolvedMurders.com — with #photos and #stories from the victims’ own families — strives for justice by calling for tips and offering rewards. https://wp.me/pb5TSh-sX 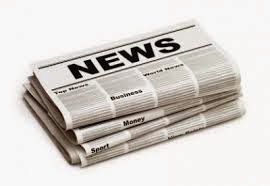 Latest Posts from: The Philly Files

Fitting in time to exercise and eat sensible meals can be impractical, if not impossible, when the demands of daily life get in the…

6 tips for adding more seafood to your family’s menu, and why

Seafood can make for a healthy addition to diets, particularly for children. It improves body and brain function, and studies conducted by Pediatrics and…

If you’re among the millions of people in the United States who suffer from a chronic illness, you may use “sharps” to manage your…

Time to learn to make something easier: Training your cat!

5 tips from a professional tiger trainer. If the thought of training your pet cat seems like a difficult feat, consider the daunting task…

Book this: How to foster a love of literacy in your children

Roaming recipes: Welcome the world to your kitchen

As a physical representation of cultures and regions from around the world, food can be more than just sustenance – it can connect you…