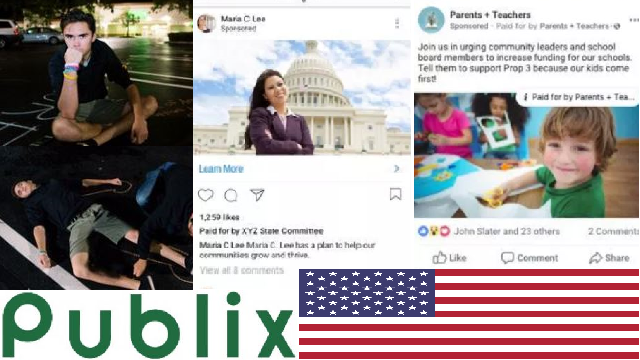 First, I want to thank you for all your reading. This is my 99th blog and so far there have been more than 14,100 page views. Dozens of you are reading and clicking more than once, even when I don’t post anything, and the numbers have really been going up.

You never know whatâ€™ll come up next!
Here is a hint. Itâ€™s called Follow-Up Friday, and itâ€™s good to see Harvey Weinstein in deep (pick a bodily substance from above).
The New York Times wrote Weinstein facing

â€œcharges that he had raped one woman and forced another to perform oral sex â€¦ stood not only as a breakthrough in the investigation into sex-crime claims against him but as a watershed in the larger #MeToo movement.â€

According to The Times via Slate Magazine,

â€œWeinstein arrived at the precinct at 7:30am, got fingerprinted, thenÂ departed in handcuffsâ€”without his booksâ€”about an hour later. From there he was driven to the courthouse, where he was arraigned at 9:25am and made bail on a cashierâ€™s check for $1 million.â€

â€œFootage of his arrival shows Weinstein entering the precinct withÂ three books in his armsâ€”one about Elia Kazan, another about Rodgers and Hammerstein, and a third, floppy, leather-bound volume that hasnâ€™t been identified.â€

Then upon further review, Slate suspected the â€œbooks were almost certainly propsâ€ since,

â€œThe choice of titles might also be designed to send some kind of message: Elia Kazan was aÂ brilliant but disgraced film directorÂ and a â€˜calculating, unfaithful womanizerâ€™; composer Richard Rodgers was known to beÂ sexually aggressiveÂ with the women who performed his musicals.â€

Whether criminal suspects in New York get to read books they bring is under debate but Slate noted,

â€œUnder normal circumstances, a person who surrenders to police can expect to wait 12 to 24 hours before heading off to see a judge. This includes time spent waiting to be transported to the courthouse, as officers donâ€™t tend to make this trip until they have a group of people ready for arraignment. The fact that Weinstein got the â€˜walkthroughâ€™ treatmentâ€”coming in and out in just two hoursâ€”suggests that all arrangements (including the amount of his bail) had been worked out ahead of time by his lawyer and the district attorneyâ€™s office.â€

That shouldnâ€™t happen.
Neither should this: another school shooting. Todayâ€™s happened at an Indiana middle school. At least nobody was killed. CNN reports three people were injured — a teacher and a student, according to Noblesvilleâ€™s police chief — â€œbut hospital officials said at least three people, including one adult, were being treated. One student had an ankle fracture.â€
A student was arrested a short time later, in or near his classroom. The chief said heâ€™d asked for permission to leave the room and â€œhe returned armed with two handguns.â€
What did Indiana’s former governor have to say?
https://twitter.com/VP/status/1000034019046813698
CNN noted â€œThe shooting comes a week afterÂ 10 people were killedÂ at a school in Santa Fe, Texas,â€ and â€œThere have beenÂ 23 school shootings where someone was hurt or killed so far this year â€“ an average of more than one shooting a week.â€
I guess many more people than the usual students and teachers can’t wait for this school year to finally end.

I donâ€™t know of any other Noblesville so there was no confusion like Santa Fe, when I showed you Philadelphiaâ€™s WTXF-Fox 29 (my former employer) did nothing but take a story from their sister-station in Houston, which didnâ€™t have to specify a state.

Unfortunately for folks in Connecticut, FTVLiveâ€™s Scott Jones found out about this from WTNH-Channel 8 (my former competition).
Maybe Fox 29 will finally learn to take its journalism and attention to detail more seriously, like its three main competitors, so it doesn’t mislead its viewers or readers. Heck, even Connecticut journalists were confused!
It didnâ€™t take long, but Parkland shooting survivor David Hogg is back in the news for a victory against one of the biggest supermarkets in the southeast â€“ Publix â€“ and Florida GOP primary gubernatorial candidate Adam Putnam, for that matter.

Putnam made news for not getting any invitations to appear on Fox News, while his opponent, Congressman Ron DeSantis, has been on about a hundred times so far this year.

Besides the fair and balanced folks at Fox, Putnam has one friend and one enemy. The friend is Publix (not because it’s prude) and the enemy is Hogg, and today, Publix announced itâ€™s suspending all corporate campaign contributions immediately.
The Tampa Bay Times reported PublixÂ had given $670,000 toÂ PutnamÂ campaigns over the last three years. Its headline, ten days ago, was â€œPublix is supporting Adam Putnamâ€™s run for governor like no politician before.â€
On top of that,

â€œNo other Florida candidate has ever come close to that kind of subsidy from Florida’s largest Fortune 500 company. Its most recent contribution, a $100,000 donation on April 30, was the largest, too, according to the latest campaign finance filings.â€

â€œIn 2016, WFTS-Channel 28 discovered seven Tampa Bay-area Publix stores failed health inspections. In those stores, food inspectors found rodent droppings, hundreds of pounds of meat and other food stored at unsafe temperatures, bugs and employees not washing their hands, according to the report. Putnam responded the next day by pulling the inspections from the department’s website and eliminating the pass/fail grading system.â€

Publix is based in Lakeland, and Putnam lives in Bartow, both in Polk County.
Thanks to Hogg, Publix faced â€œconsumer boycotts, student protests and threats to its wholesome image.â€ Now, itâ€™s acknowledging the â€œdivideâ€ it caused by its unprecedented financial support of Putnam’s campaign.
According to the Washington Times,

â€œThe public face of the gun control movement demanded $1 million Thursday from the Florida-based grocery chain in a tweet, just one day after calling for a â€œdie-inâ€ protest at its stores.â€

Facebook is acting on something I brought you earlier this month: â€œprotecting legitimate political discussion within our community and fighting foreign interference in elections.â€
Hit the question mark for help and type in â€œpolitical ads.â€
The social media giant will tell you,

Then, after a way to report seeing â€œan ad on Facebook that has political content, but doesn’t have a label showing who paid for it,â€ it tells you â€œAds that have political content and have appeared on Facebook on or after May 7, 2018 will also appear in theÂ Archive of Ads With Political Content.â€

Thatâ€™s not just candidates, but issue ads from outside parties, too. The details were revealed when the expanded requirements took effect â€“ yesterday.
Also, Adweek reported, â€œTwitter revealed a similar tactic Wednesday, saying that it wasÂ teaming up with nonprofit civic organization Ballotpedia to create election labelsÂ for the accounts of candidates running in the 2018 U.S. midterm elections.â€
Something else you won’t be seeing on Facebook anymore are videos from The Weather Channel.
â€œ[Facebook video] hasnâ€™t been beneficial,â€ said Neil Katz, global head of content and engagement at The Weather Channel, according to Digiday at its Video Summit. â€œIt has been good for Facebook, but it hasnâ€™t been good for us.â€
The publication wrote,Â â€œThe Weather Channelâ€™s Facebook presence included its main page as well as â€˜weather-adjacentâ€™ science, nature and travel verticals such as Rockets Are Cool, Crazimals and United States of Awesome.â€

In March,Â The Weather Channel was sold to entrepreneur and entertainment executive Byron Allen, who us older folk remember from Real People. Another wise decision, sir.
Others are not as wise. Watch this news report FTVLive’s Scott Jones found from an excellent reporter, Stanley Roberts, at KRON in San Francisco. His beat is People Behaving Badly. This is for those of you who want to be in public but not on TV.
https://www.youtube.com/watch?v=in9EaRwXdZE
I love when people who don’t know what they’re talking about keep talking and talking, digging themselves further and further into a hole. By the way, a person has the right to shoot and record video in a public place. As far as consent for voice, which varies by state, a guy holding a video camera close by kind of tells you that you may be recorded! Sort of like a beep when you hear someone’s voicemail. Just a clue for the clueless.
And this is something I’ve seen several times before: Philadelphia’s own Frank Rizzo â€“ former police commissioner who served two terms as mayor for most of the 1970s. He’d been out of office for less than a year when approached by a KYW-TV3 investigative reporter. This is something you shouldn’t miss, nor should the people above.
https://www.youtube.com/watch?v=0HWHhev-aag
And speaking of Americans and our rights, the Philadelphia regionâ€™s two largest grocery store chains arenâ€™t looking too super when it comes to our holidays, at least to me.
I hope Acme and ShopRite don’t know the meaning of Memorial Day, in which we honor our fallen heroes who are no longer able to barbecue or go down to the Jersey Shore. Otherwise, it’s just damn rude and insensitive.

Their recommendations to party should’ve been reminders to remember.

On that note, please don’t forget to read, show your friends and subscribe if you haven’t.

And have a good, long holiday weekend. (Wouldn’t that have been enough?) 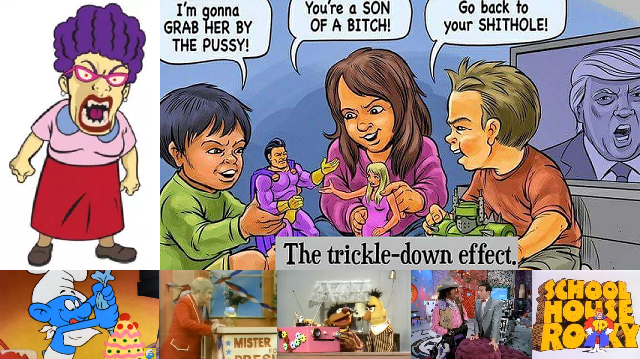 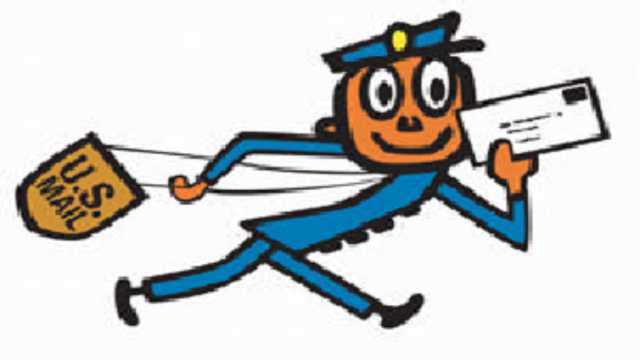 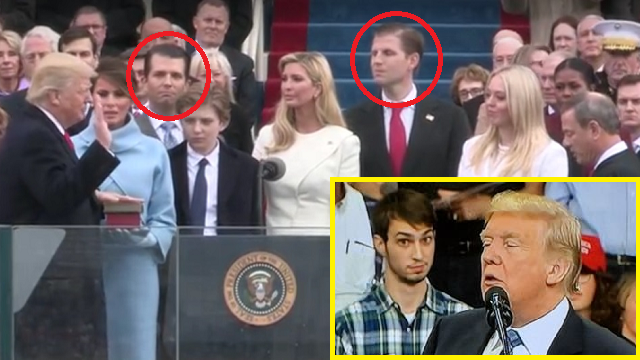 The presidential election's Safe Harbor DeadlineTuesday, December 8, 2020
States have been canvassing, which is confirming every valid ballot cast and preparing reports. Then, they review and certify the election results, plus select and name electors. **After today, all legal disputes and recounts should be resolved, and Congress can't challenge any electors.

Electors meet and cast their ballots for presidentMonday, December 14, 2020
The 538 chosen electors must get together by state and officially vote for the candidate they pledged to support. If an elector defects from their candidate, which is rare, they can now be punished and removed. The governor certifies the results and sends the electors' ballots to Congress, to arrive by Dec. 23.

Congress counts electoral votes and certifies winnerWednesday, January 6, 2021
Members of both chambers of the new 117th Congress get sworn into office on Jan. 3. Then, three days later, they're led in a session by the president of the Senate - VP Mike Pence - to count the electoral votes and certify the winner, who will have at least 270. If there is no majority, the House votes by state for president and the Senate votes for vice president.

Inauguration DayWednesday, January 20, 2021
The new presidential term begins at noon ET. President-elect Joe Biden and Vice President-elect Kamala Harris are sworn into office, and take their positions. On a Sunday, this would be done privately and again in a public ceremony, the next day. If Congress had not certified a winner, the Speaker of the House becomes acting president. If there is no speaker, the President Pro Tempore of the Senate becomes acting president.

← The Big Bang Theory’s wedding episode succeeded where Publix failed ← The lousiness of laziness and liars
%d bloggers like this: