Notice: WP_Block_Type_Registry::register was called incorrectly. Block type names must contain a namespace prefix. Example: my-plugin/my-custom-block-type Please see Debugging in WordPress for more information. (This message was added in version 5.0.0.) in /homepages/39/d817056123/htdocs/clickandbuilds/testcohenconnectwebsite/wp-includes/functions.php on line 5313
 Harris Wofford, hard work, a vacation and a memory - CohenConnect.com 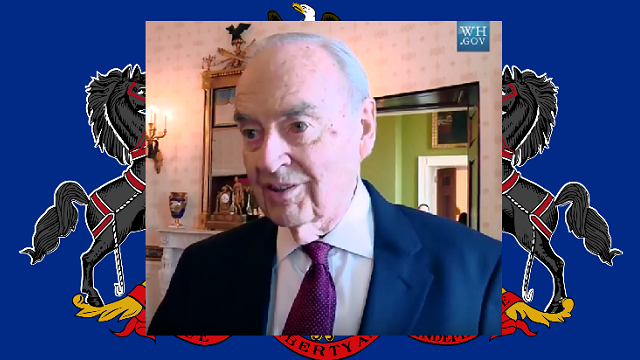 I took some time to visit family in Florida but was kept busy, before and since.

I think weâ€™ve all learned about someone, or details about them, only after they die. That was the case withÂ Harris Wofford.

I mean, many people knew of him as senator who married his same-sex partner who was 50 years younger â€“ but what about all his civil rights achievements, and credit from some for getting two presidents elected?

SIDEBAR: A 90-year-old marrying a 40-year-old â€“ whoâ€™d been partners for 15 years, since they were 75 and 25 â€“ reminded me of when NBCâ€™s A Closer Look with Faith DanielsÂ visited Miami Beach in 1992 to tape (yes, tape!) talk show episodes. I drove my mother down to the beach and we sat in the audience for two shows. One involved May/December romances.

Comic actress and singer Martha Rayeâ€™s husband Mark Harris was one of the guests. His claim to fame was becoming a frequent guest on Howard Sternâ€™s radio show, due to the marital age difference. (Raye didnâ€™t appear. She had been sick for years and died in late 1994.)

In case you donâ€™t remember, or never knew, Raye was known for the size of her mouth, large in proportion to her face, earning her the nicknameÂ The Big Mouth. Later, she referred to that in a long series of TV commercials for PolidentÂ denture cleaner, saying, â€œSo take it from The Big Mouth: new Polident Green gets tough stains clean!â€

P.S. I have no idea who any of Faith Danielsâ€™ other guests were, or what the other episode was about. The closest person toÂ OedipusÂ I knew of posed with me for another minute of fame and was on The Howard Stern Show!

FINALLY, BACK TO THE STORY, WITH APOLOGIES FOR ANY DISRESPECT:

Unfortunately, the Harris Wofford obituary I heavily researched using several sources had to have some cuts, but that’s the nature of the business.
This is the link to what ran on page 1 of the Feb. 1 issue, and this is his entire op-ed from The New York Times on his marriage, called â€œFinding love again, this time with a man.â€ I really wanted to use a few more paragraphs and regret it couldn’t happen.

I also continued doing a lot of copy-editing.

One of the big stories was this one about new school requirements I hadnâ€™t known about until I returned:

So, for the first time, I got to go out and interview people for the weekly â€œStreet Talkâ€ segment. (These are the latest examples of it.)

I had to get three people to give their opinions on (generically) requiring LGBTQ studies in middle- and high schools. The people also had to give me their name, neighborhood and occupation, and let me take a picture of them! It was good experience for someone who has never liked approaching strangers.

Youâ€™ll see what I came up with after itâ€™s published at the end of the week!